Home/The Shack Movie/“It’s been an Amazing Journey…”
Next

We are thrilled to finally be able to give you a taste of even greater things to come.  The Official Shack Movie Trailer has been released.   Check it out and ENJOY!

Then share it far and wide with all your family and friends.  March 3rd, 2017 cannot come soon enough – but save the date, and we’ll see you in theaters soon. 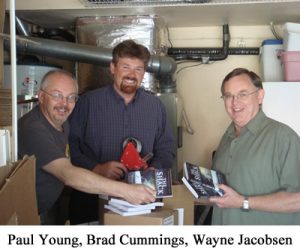 It has been an amazing journey from the early days of shipping books out of my garage, to the unexpected tsunami of demand for an unlikely runaway bestseller that had been turned down by 26 different publishers—a story from three rather unknown “yahoos” who found a shared friendship in their own journeys of adversity, having each encountered God in the midst of their trials, who were drawn together to craft a story to unveil God’s incredible heart of love for us precious, yet broken people, and how God can crawl into the midst of some of the most horrible tragedies and bring forth healing out of unspeakable pain.  He is an incredibly good God who is especially fond of each of us.

Some 22 million copies later, having been translated into 40+ different languages, The Shack as a book has impacted millions of lives all over the globe; now as a movie we have the opportunity to see it released to an even wider audience, and take on a whole new ever-expanding chapter of life.

As one of the Producers, producing alongside a dear friend of mine, Gil Netter (The Blind Side and Life of Pi ) I am thrilled with how it came out.  It’s been a long, arduous journey, but as we are in the last stretch before the release, I can tell you it has been well worth the wait.  Having personally written some 20+ drafts of the screenplay, spent over 4 years in film development with Lionsgate before it was finally green-lit for production, and painstakingly overseen the last year-and-a-half of labor in post production, you can be rest assured it is a faithful adaptation of the book that I can confidently declare you are going to absolutely love!

I know most folks who have treasured a book are often disappointed in the movie version when it comes out, but that’s not going to be the case this time. (Seriously!)  So says a host of the book fans that have screened the movie thus far.   As someone who is quite proud of the book itself, and has sought to steward this story through the rather challenging waters of “Hollywood,” what has, and yet hasn’t surprised me, is how many people have commented that they perhaps like the movie even more.   The co-author/publisher side of me isn’t sure what I think of that (like, Hey! … as I am momentarily defensive and tempted to offense—not really), but then the filmmaker/producer side of me starts to smile inside (like, hey, now that’s cool!) Personally, I’m torn, but being thrilled with both, I’ll leave you to declare your preference—I’m just delighted to know that if you have loved the book, you will be thoroughly pleased with the movie and are likely to be deeply moved afresh.  (Wayne Jacobsen—the other of the original 3 amigos—was tearing up just seeing parts of the rough cut.  He’s going to ‘lose it’ when he gets to see the final version with the full musical score and all the completed effects—and that’s for a guy who doesn’t often cry.)   I can’t wait for you all to see it, and hear what you think.

We wanted the movie to be wonderfully faithful to the book, but as movies are a different medium for storytelling, I also wanted this to be able to be a new experience of that same beloved story—both for books fans, and first timers who have never read the book.   Books are not movies, and movies are not books—as we experience and engage with them differently, but the one common denominator as a storyteller is a genuine desire to midwife for others the opportunity to feel something, to have their own personal encounter that emotionally allows the story to come to life, not dictate or tell people what to feel, because that robs them of the magic when the story becomes “theirs,” but present an inviting door that allows them to enter in.   The Shack movie does that.   You will want all your friends to see this.

Some of my favorite comments thus far have been:  “Hollywood finally gets it right!” and “The Passion showed us what, but The Shack reveals why” – I love that!  Even some angry atheists who came expecting to hate it, probably had some of the best responses:  “If that is what God is like, then I’m kind of interested” and “This movie asks the questions that have bugged me most of my life, and it didn’t impose a conclusion on you –it made me think!”  Again, how cool! 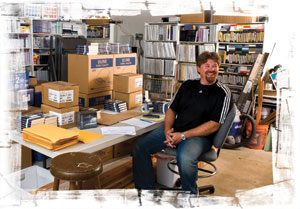 In the coming days, weeks, and months, leading up to the movie’s release, and beyond, I’d like to invite you to come along on a journey with us, as I will be sharing some of the wonderful stories, golden moments, and behind-the-scenes gems that will give you a taste of what this wild, wonderful, and at times, excruciatingly hard and yet glorious journey has been in bringing The Shack from the printed page to full Technicolor life on the big screen.   We won’t spoil anything, but because you have been a part of the extraordinary Shack community at some point in this illustrious adventure, we wanted to treat you to some of the insider news as a way of saying thanks for all the wonderful support and response you have given along the way.  If it wasn’t for you all, this story would have never snowballed into the life-giving phenomenon it has become.   You were the unpaid, volunteer army that spread the news, the word of mouth firestorm who unsolicited bought copies by the case to give away to family and friends because you had discovered a secret treasure.   Papa is especially fond of all of you – as are we.   So, if you weren’t aware of it before, I’d like you to hear it now:  “Thank you!”

We’ll be adding more and more movie release updates and new content as we go.  Stay tuned!  We’re creating a bunch of new interactive content for community discussion exploring more in depth some of the themes from The Shack which will be entitled “Papa’s Heart to Heal.”   We’re also in the process of upgrading the forum/community discussion section in preparation for a whole new wave of folks being drawn along this journey.   If you are new to all this,  “Welcome” – if you have been gone for awhile:  “Welcome Back!”   Wherever you find yourself along this journey, we’re simply wanting to provide some good food for thought.  No agenda to peddle, just excited about what Papa is doing and excited for the journey ahead as the Shack takes on a new chapter.

If you have never taken a look at “The Shack Reflections—Daily devotional”, check it out.  There is a new movie-tie-in edition of “The Shack” as well as a newly released “Shack Study Guide” that has some wonderful reflective questions for small groups to explore together or just food for thought on your own personal journey as we are all learning what it is to “live loved”  — That’s part of your flying lesson! 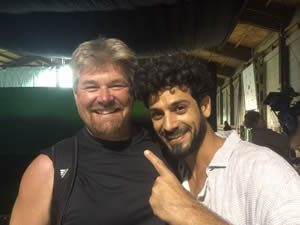 May you know what it is to be “rich” in all the ways that matter.

About the Author: The Shack Book

Thank for visiting wallbuilderslive.com. In efforts to comply with the new GDPR regulations we have created a Privacy Center for your convenience.